The items shown below, found locally or of local significance, were brought along by residents to a meeting in May 2018

A sign advertising St Michaels’ Laundry, set up in 1851 at the Bussage House of Mercy (confusingly sited in Brownshill). The home and laundry was run for ‘fallen women’ until the 1940’s, providing them with some training and the home with an income. 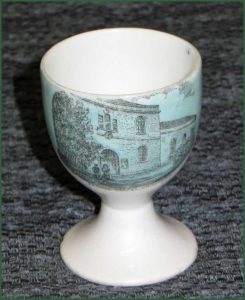 An eggcup commemorating the 1919 centenary of the France Congregational Church, then sited at Randalls Green. The pastor at the time was the Revd Gurd, who led ceremonial proceedings and with the other elders organised a garden party. 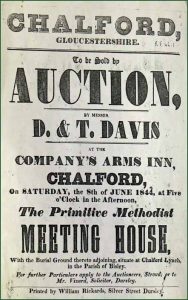 Notice of an auction of the Primitive Methodist Chapel to be held in 1844, only 20 years after it had been built. This was due to the difficulty in meeting mortgage repayments since the villagers were then so poor following the crash of the local wooden industry they could not contribute. However the auction did not result in a sale and the chapel was saved by local benefactors. 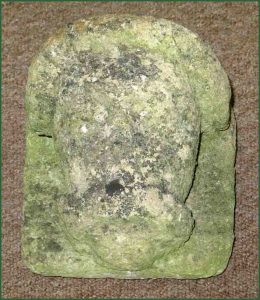 A stone head, believed to have come from the medieval Saxon Church at Tanglewood in Brownshill. This was sited next to the Roman Catholic Church and measured 136′ x 47′ (Glos Archaeological Survey 1925). 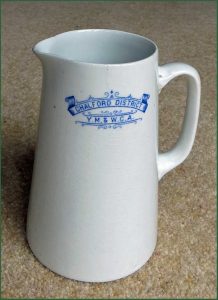 A milk jug with an inscription reading Chalford District Y.M.&W.C.A. There was a YMCA hut, extensively used for community purposes, on the France Lynch Pleasure Ground that burnt down in the 1950’s. This is the only reference we are aware of that girls and women were also involved. 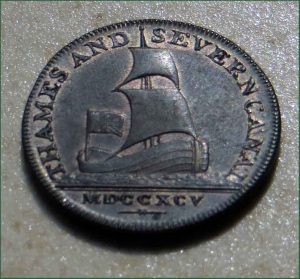 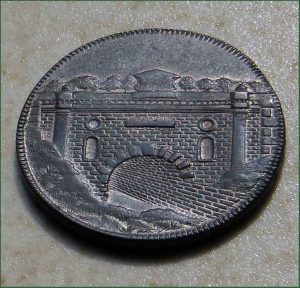 A Thames and Severn Canal halfpenny coin dating from 1795, depicting a canal ‘Trow’ (these sailed up as far as Brimscombe port) on one side and the entrance to the canal tunnel at Sapperton on the other side. This is a ‘Conder Token’ – privately minted coinage in extensive use until 1797 when the Government started to produce its new coinage. 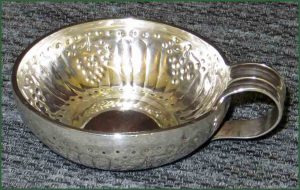 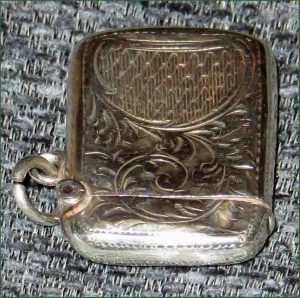 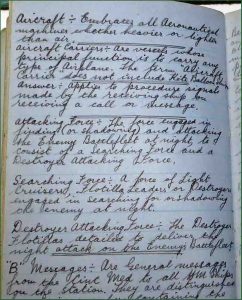 Naval records belonging to William Matthews, who moved to Chalford at the end of WWI. 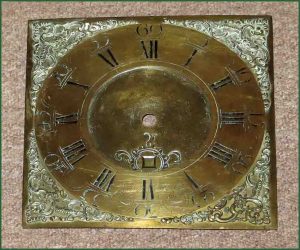 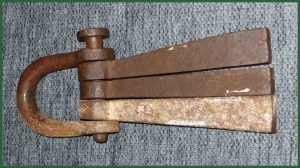 A ‘three-legged Lewis‘ – a lifting device used by stonemason to move large stones into place. Inserted into a  prepared hole in the top of a stone it works by applying a sideways force when lifted. The Romans are known to have used such devices. [Levo in Latin means levitate or lift. Interestingly, the son of a Freemason is called a Lewis] 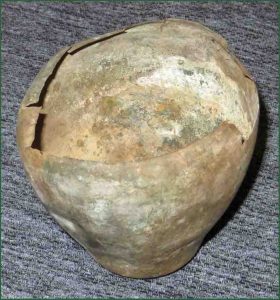 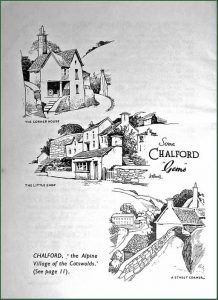 Drawings of Chalford from a 1960’s pamphlet ‘The Cotswold Pantry’ 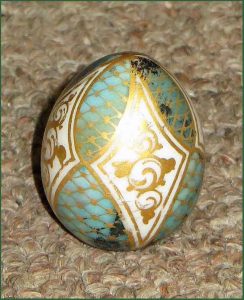 A decorative ceramic ball found in a garden – used as an electric light-pull. 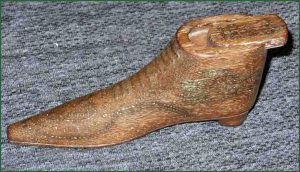 The wooden boot is a love token, carved for Jane Neal by her soon-to-be husband George King in 1863.
He was the village carpenter at Edge.

A Tetbury trading coin dated 1669, with the dolphin symbol on the back – another local coinage. 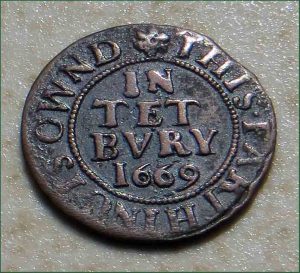 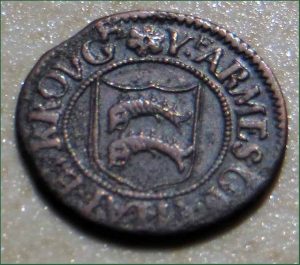 Bottles from the Workmans of Chalford 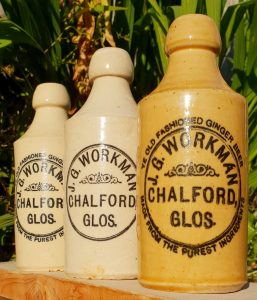 A trio of ginger beer bottles from a collection kept by Steve Lowry. John George Workman was the landlord of the New Red Lion in the 1890’s and had a sideline brewing his own ginger beer in the ‘pop-shed’ next to the Inn. This annoyed the owners of the inn, Nailsworth Brewery, and led to his dismissal from his post as landlord. 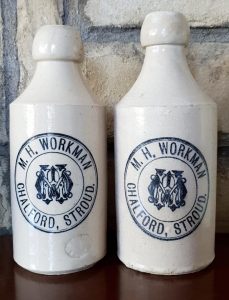 These bottle are from Matthew Henry Workman (1840-1915), the Chalford grocer (and sometime baker) who ran ‘The Peoples’ Stores’. The advert is from 1888. The two bottles were made by different potteries.