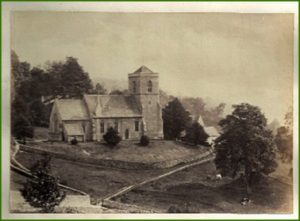 Patricia Main outlined the history of Bussage Church. She described the appalling conditions in Bussage and surrounding areas when Thomas Keble became vicar of Bisley in 1847. He undertook an extensive programme to build churches and schools across the parish, including at Bussage. These were funded by the contribution of scholars who were supporters of the Oxford Movement. The challenges of building due to Fullers Earth were explained.

The contributions to village life of several of the incumbents were summarised, using material drawn from old parish magazines. Rev Suckling joined with others to establish the Bussage House of Mercy (for vulnerable young women); Rev Christopher Smyth (whose family lived at Firwood); Revd Macleod who improved the quality of the adjoining school, and whose wife inaugurated many parish activities, and Revd Michael Clark, who was appointed as curate to the combined benefice of Bisley, Chalford, France Lynch, Bussage and Oakridge and who commissioned Patricia to write a book about the history of Bussage Church (available here).

The AGM for CPLHG was held. Minutes of this are available here. 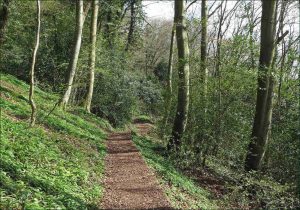 Following the AGM, Alan Pilbeam gave us a fascinating overview of Gloucestershire Paths. From paths that linked iron age forts to village paths to the mill, woods and fields, to pilgrims paths, drovers routes and towpaths, the imprint of early settlements and peoples can be seen. Paths also radiated out from the Minsters (small local monasteries) to local churches so for example at Bisley paths can be seen going to Miserden and Winstone. 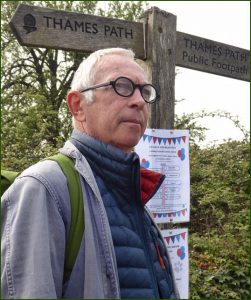 Radical Stroud Stuart Butler outlined his approach to history, saying that ‘the past is more unknown than known’, and that he used the term ‘radical’ in its 18th century sense, ‘from the roots’ – the basic experience of the ordinary people. He processes much of his research through walking the local landscape: ‘footprints not footnotes’.

He then dropped in on various events in the history of the Stroud Valleys, talking about how dependent the area had been on the East India Company, with the cloth trade benefitting hugely from an enterprise that also dealt in slaves and opium. He continued to 1795 Uley, where clothiers had received threatening letters from workers unable to afford bread; the 1825 Weavers’ riots; the 1830 agricultural workers’ campaign against machinery – the ‘Captain Swing’ riots, with dramatic scenes at the Trouble House Inn outside Tetbury, where protests were led by a woman, Elizabeth Parker.

In 1839, levels of poverty in Gloucestershire were the highest in the country, and a Government Commissioner was despatched to report on the situation. In May, 5,000 men, women and children gathered on Selsley Common (at a time when the population of Stroud was 7,000) in support of the Chartist cause (which demanded, among other things, universal suffrage – at least for men, though there existed even then radical women’s groups). This demonstration was particularly newsworthy because the Home Secretary of the time was the Stroud MP, John Russell.

Stuart concluded with some specific Chalford references. Surprisingly few villagers had been transported or had emigrated during the 19th century (compared to the rest of the area). He also read a poem in praise of the place by the revolutionary John Thelwall, who had spent some happy times staying with a clothier here: ‘Therefore I love Chalford…’.

[Heartily recommended is the Radical Stroud website, which is full of information and has an excellent ‘search’ function: 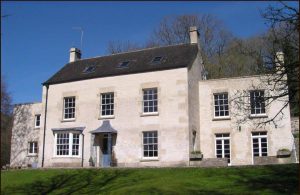 Upper Sevill’s Mill Trevor Ford treated us to a fascinating tour of this unusual site hidden away off Old Neighbourhood. Used as a private residence for some time, Trevor discovered that the house had originally been built as a mill, though not used as such for very long. Gradually the extensive water causeways have been uncovered. The house and surroundings have been carefully and beautifully restored.

Jerome Tait outlined the work of an Historic England Listing Team, who consider a wide range of locations including buildings, parks, monuments, archaeological sites and battlefields. Several local examples were shown, such as Chalford War Memorial, Lyday House and the Sugar House in Oakridge, and Stratford Park Diving Platform. Some strategic projects were outlined, such as the Stroud Canals, High Street Action Zones (e.g.Gloucester and Tewkesbury), and intriguingly the old Corsham Mines in Wiltshire, which also housed Government headquarters in both WWII and the Cold War. 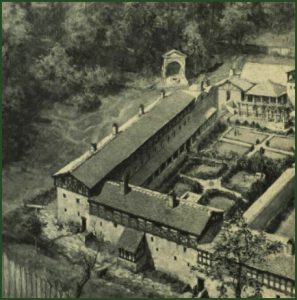 One of the largest Roman Villas in the area, Chedworth was built on the site of an Iron Age colony in the Coln Valley in the 2nd Century AD, and continuously extended up to the 5th C. Abandoned at this point it lay overgrown with trees until bought by the National Trust in 1923. Nick Humphris took us on a tour of the site, following the occupants’ progress through the bath-houses and on to the dining rooms. Details of the mosaics shown on screen were fascinating, as well as the careful investigations that enabled archaeologists to piece together the changing way the site had been developed. 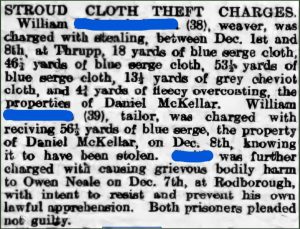 Ian Mackintosh led us through 500 years of misdemeanours, ‘Men Behaving Badly‘. From selling rotten meat, to infringements on the common, to collective action in times of hardship, we heard how these were processed through different courts such as the medieval manorial courts, the Tudor Star Chamber and the assizes. We learnt a new term ‘slingeing’: essentially embezzlement of yarn by the weavers in the 19th century. If caught the offenders might be fined, transported or even hanged.

Andy Meller gave a highly informative presentation about the Glosters (the 28th N.Glos Regiment of Foot). Originally formed in 1694 and having fought in the Iberian peninsula and Eygpt, the Glosters had a high reputation, and were summoned by Wellington to Waterloo to boost British forces when Napoleon retook control of France. They fought in two major battles, on the 16th June at Quatre Bras, and 2 days later at the decisive battle at Mont St Jean just south of Waterloo. Sustaining substantive losses they were highly praised by Wellington, mentioned by name in dispatches. 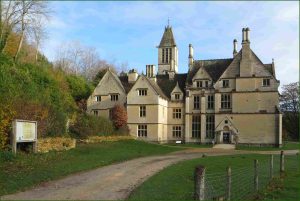 Liz Davenport gave a fascinating account of how William Leigh bought the estate of the former Spring Park, aiming to create a Catholic enclave. Having completed the Church and Priory at the nearby Woodchester site, Leigh was running out of funds. Progress towards constructing a new mansion was slow and Bucknall, the principal and talented (if somewhat inexperienced) architect may have struggled with Leigh’s perfectionism. The Leigh family were also hit by a series of bereavements, and although by 1866 the roof was on, when Leigh himself died in 1873 the project foundered. Liz highlighted many of the architectural gems on site – from ceiling bosses that reflect the local environment, to the magnificent gargoyles, to the chapel’s rose window. The ‘tour’ certainly whetted the appetites of many for a live visit as soon as that is possible. 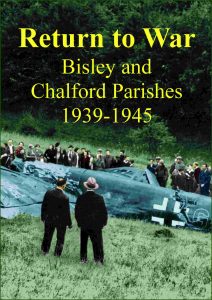 Our local WWII research group (Camilla Boon, Roger Carnt, Heather Collins and Pete Drover) gave a fascinating account of some of their work to date. Heather detailed the extensive planning for War by the Home Guard and numerous other agencies – from firewatch duties to air raid shelters. Pete tracked the flight path and subsequent crash of the Lancaster bomber in 1946 that came down onto Templewood House in Brownshill. Camilla outlined the salvage and reclamation efforts for paper, metal, bones, rags and food – promoted through wonderful cartoons and slogans. Finally Roger told the story of Gilbert Chester Aldridge, a keen local footballer, who died in May 1940, probably by a dive bomb at Dunkerque. Later this year they hope to publish the book, which will cover many more aspects of the impact of the War locally.